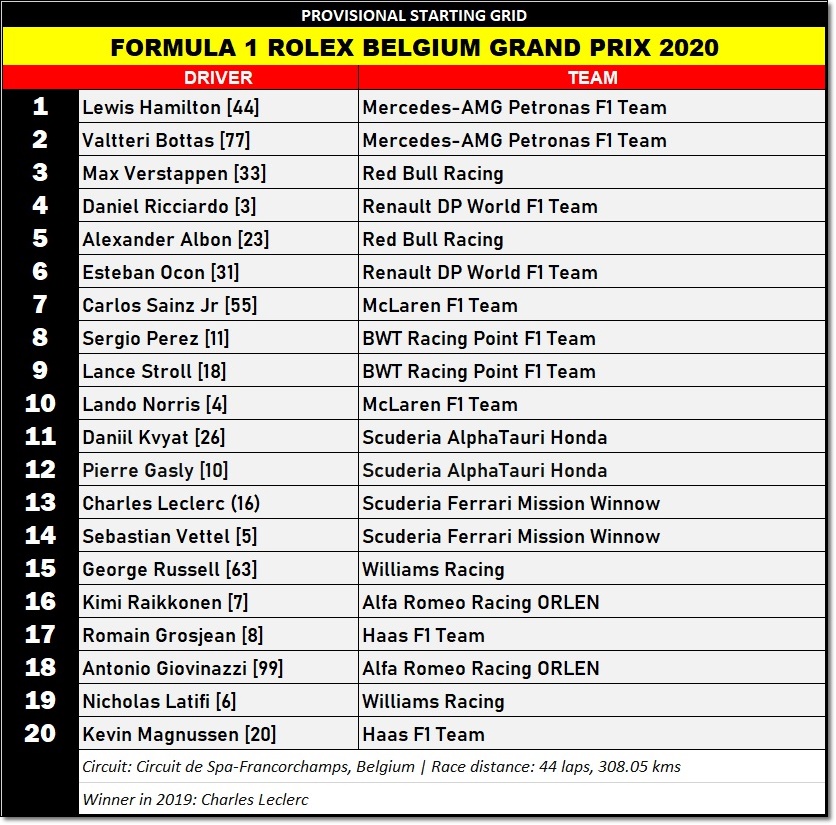 After one weekend break, the 2020 Formula 1 World Championship begins its second three-in-a-row rounds with Round 7 at the historical Circuit de Spa-Francorchamps for the Belgium Grand Prix. The event is the 65th F1 World Championship round hosted by Belgium and is one of the original races from the 1950s season. However, the F1 races were not always held at Spa-Francorchamps and on 11 occasions, they were held at two other circuits.

The 7-km track with 19 turns is therefore familiar to the drivers and teams, with its outstanding features and characteristics leading to some interesting set-up decisions. The two long full-throttle sections of the first and third sectors require low drag – but the longer intricate middle sector, where much of the lap time is made or lost, makes for a complicated choice of downforce levels. If too high, the car cannot attack or defend on the long straights;

Why would you swap a Porsche Taycan for a Ferrari GTC4 Lusso?

2024 Ford Mustang to be revealed Sept. 14 at “Stampede” event for owners, fans