Porsche has shared some more interesting, development-phase facts about the new 911 GT3 that debuted earlier this year. One of the highlights is that the car spent more than 160 hours in the wind tunnel fine-tuning its aerodynamics, especially the rear wing. 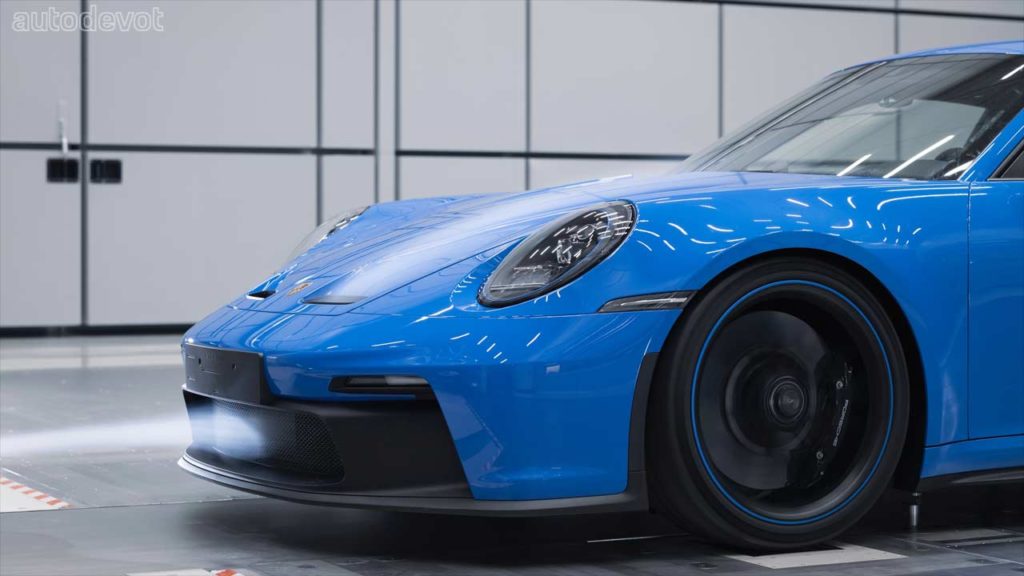 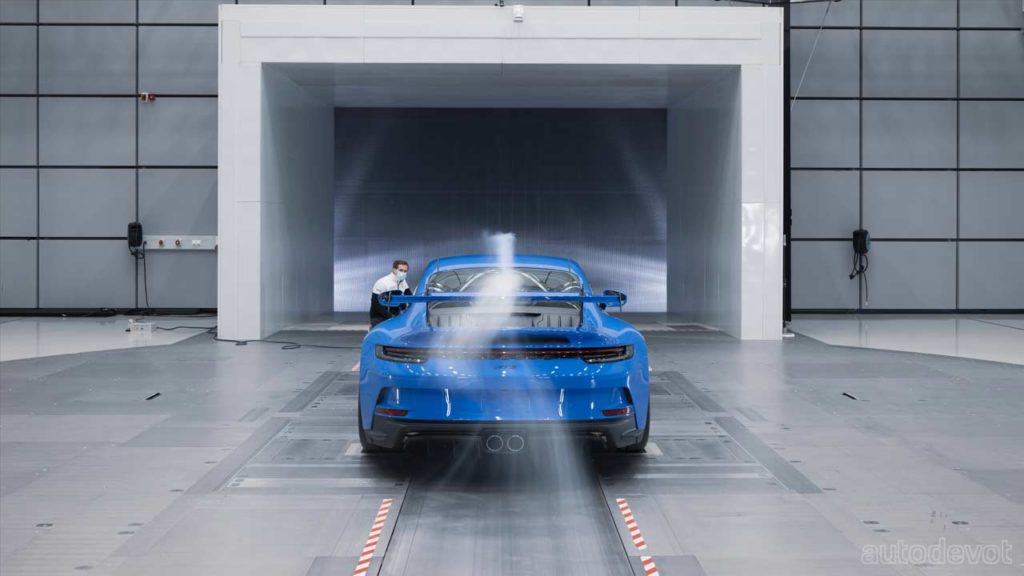 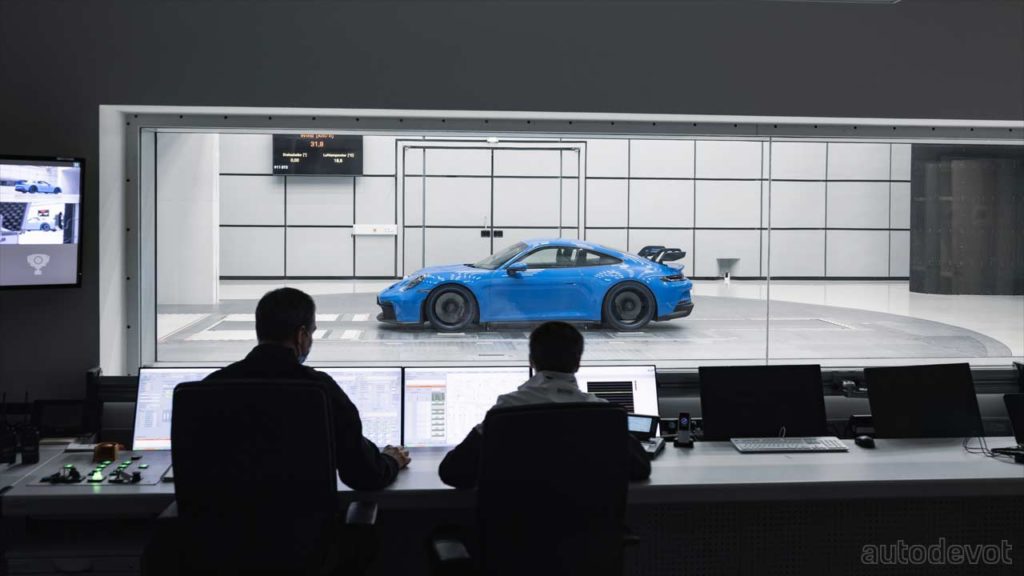 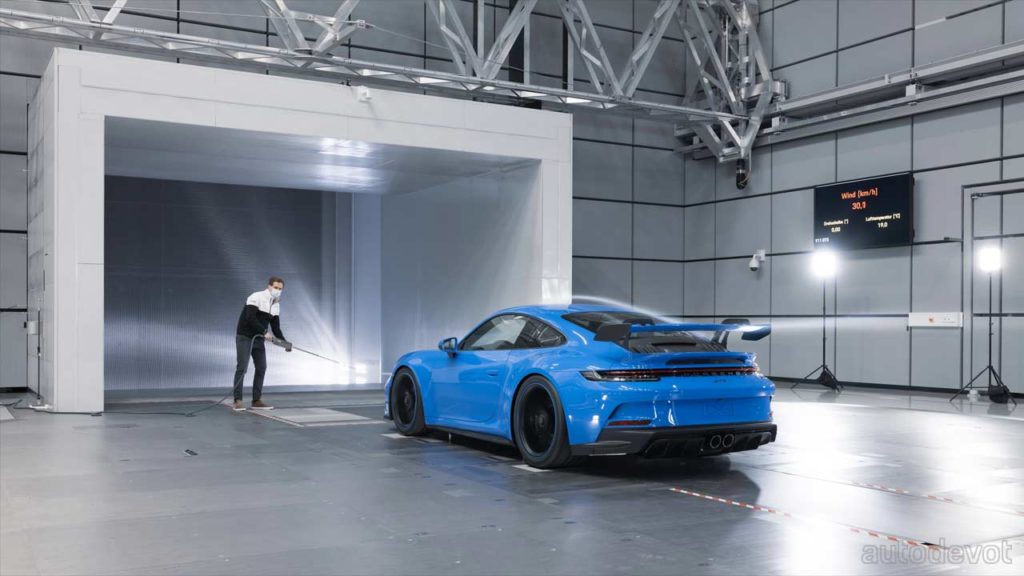 Speaking of which, its swan-neck mounting is similar to that of the 911 RSR which also influenced the 911 GT3 Cup car. Since two aluminium brackets hold the wing from above, the airflow can pass undisturbed across the underside, which is aerodynamically more sensitive. This new design led to a reduction in the flow losses and not only increased the downforce, but also resulted in a well-balanced negative lift, Porsche said.

We developed the aerodynamics of the new 911 GT3 in around 700 simulations. We spent more than 160 hours fine-tuning the car in the wind tunnel.