It has long been established that an ‘RS’ variant of the latest-gen 911 GT3 was always going to be in the cards. While Porsche have so far been coy on revealing any real specifics, spy shots over the last few months of a test mule have painted a discernable picture of what’s going to be on tap. Admittedly, all of these hints are visual in nature, with a massive swan-neck rear wing (rumored to be a component of the car’s active aerodynamics system) being one of the most notable cues.

Surely, the Nürburgring remains the de facto proving grounds for measuring any high-performance car’s credentials, and this would be no different for the latest rendition of the company’s universally revered track weapon. However, real-world viability is another important aspect of any vehicle’s path to production—whether it be for satisfying benchmarks set by regulators, or meeting the automaker’s own internal targets—so what better way than to test the 992 GT3 RS’ versatility at the opposite end of the spectrum?

That of course being, frigid and slippery conditions which forgo the pursuit of lap times in favor of challenging the car’s fortitude and competency in extreme weather. While the former (and more cut-and-dry) measurement will ultimately be the most effective marketing tool, prospective buyers will be comforted to know that their apex-clipping circuit machine can also get them out of icy situations if ever called upon to do so.

Other than that, the test mule appears mostly unchanged, albeit the standard fare camouflage tape continues to disguise some of the car’s more intricate details. Nothing has yet been confirmed regarding the new 992 GT3 RS’ powerplant and drivetrain either. However, the overwhelming expectation is that it will continue to use the 4.0L naturally-aspirated flat-6, tuned for more power than the one employed by the regular GT3. It will also likely be exclusively mated to a dual-clutch transmission, sending power to the rear wheels.

Current suggestions point to the car being revealed sometime this year, with first deliveries possibly arriving before the calendar year-end, where it would be designated as a 2023 model. More details will be made available as we get closer to launch, and we will be providing those updates to you as they come in! 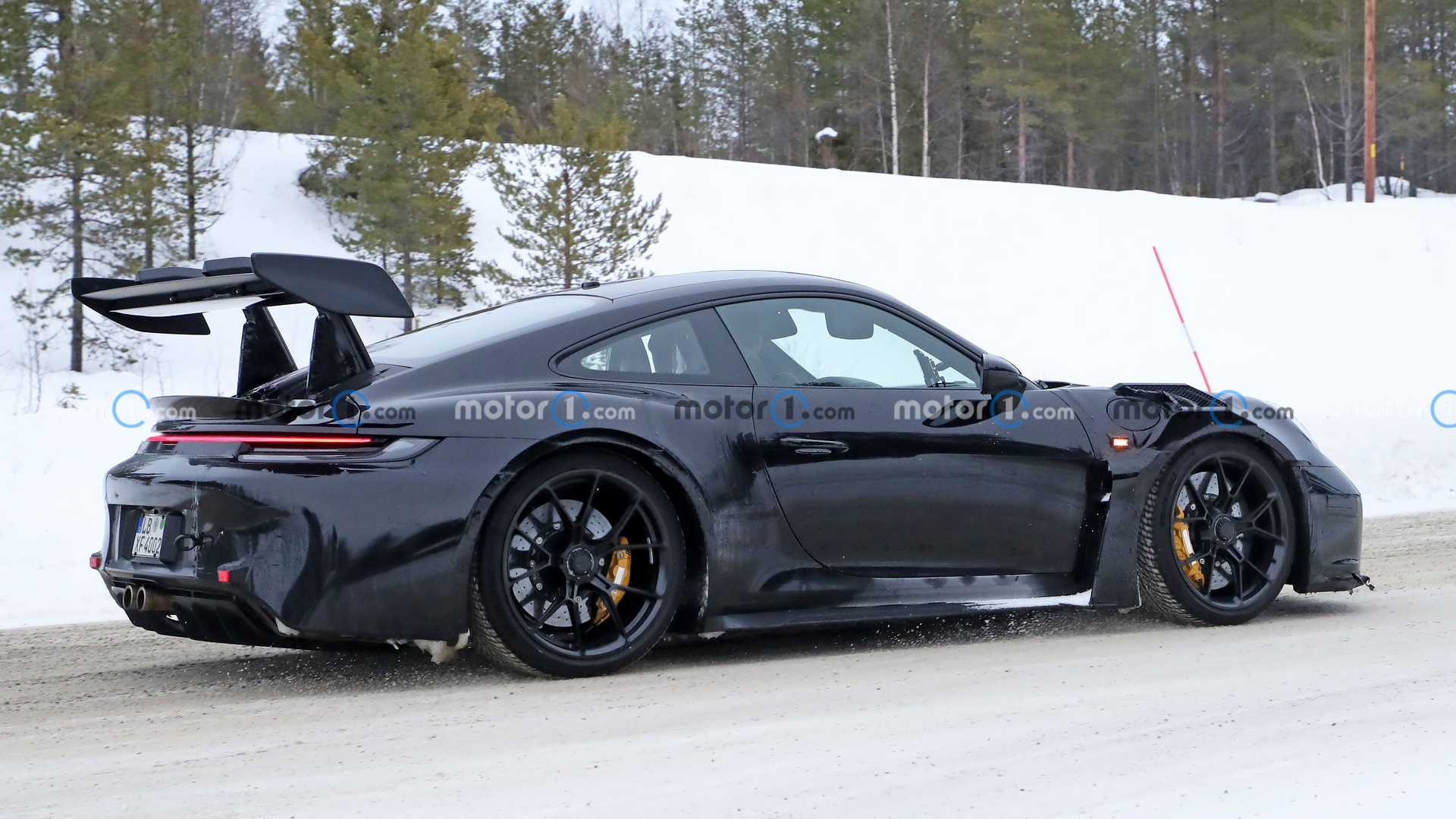